WEYMOUTH
Since the settlement of United Empire Loyalists in 1783, Weymouth has been culturally and geographically diverse. The rolling country roads will take you along the Sissiboo River and through woodland where lumberjacks and shipwrights thrived in the 1800s – Read on to learn about New France and the Electric City. The Village of Weymouth celebrates life in a gentler time, the great outdoors and our cultural roots.
What to see and do in Weymouth: 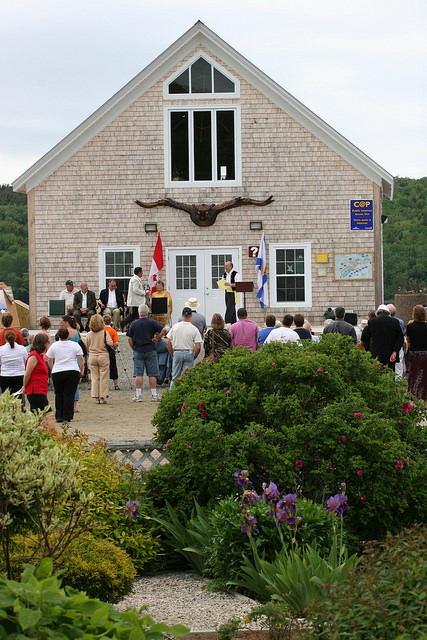 A unique, innovative, independent community that once was. From 1895 – 1914, The New France settlement, situated beside the Silver River, is a unique part of local history that was home to French, Acadian, African Canadian and Mi’kmaq cultures. They lived and relied on each other in this isolated wilderness community just outside of Weymouth.

The story of New France begins in France with the Stehelin family, an aristocratic and industrialist people caught between the French and German conflict in their homeland. After the Franco Prussian war of 1870, the Stehelin’s land was under the control of the Germans. The Germans forced the French inhabitants to speak German and adopt their customs. Concerned for their future, the Stehelin family moved to the outskirts of Paris, but a looming war with the Germans was inevitable. The oldest son, Jean Jacques, was sent to Canada to find a safer and better life for the family. Jean Jacques Stehelin came to the Weymouth area because the family had corresponded with a local priest who spoke of the honest and hard working people. Jean scouted out the area for a feasible site to establish a business.

The nearby Acadian culture was also one of the reasons the Stehelins selected this location. The family purchased 4000 hectares of land 17 miles inland from the village of Weymouth. The land was rich in lumber and the river system provided the power to operate the mill and, as it turned out, generate electricity for the wilderness community. New France had electricity 25 years before the village of Weymouth and a railway system that used logs for rails. The lumber was transported to Weymouth for shipment abroad.

New France had many inhabitants (Stehelin family and mill employees) with all the conveniences of the day. The business was efficiently managed, but by the beginning of the First World War lumber prices had declined drastically and the younger generation of Stehelins did not wish to continue the business. The land was sold and some of the family moved back to France, others to the United States and one remained in Weymouth for a time. By the 1950’s New France had been forgotten by most residents in the area and the buildings that once witnessed the lives of their inhabitants were in ruin. The remains were torn down leaving the stone foundations and “forget me not” flowers, now growing wild from Mrs. Stehelin’s garden.